Three key takeaways from to a book, podcast, article or album that I recently finished.

What are these Three Things?

Please join me as I kick this off with the fantastic John Wooden biography “Wooden: A Coach’s Life” by Seth Davis.

Quick sidebar: Why am I doing this? Well, a recent conversation with Khe Hy (@khemaridh on Twitter...follow him if you're not already doing so)  led me to this.

While discussing books, he mentioned that he tried to "use" the information he wanted to retain immediately, whether in a blog post or thread. After finishing "Wooden: A Coach's Life" by Seth Davis, I was inspired to try this.

Who is John Wooden?

Widely considered as one of the greatest coaches in basketball history, John Wooden led the UCLA Bruins to ten NCAA championships, including seven in a row. He coached some of the all-time greats, most notably Kareem Abdul-Jabbar (then known as Lew Alcindor) and Bill Walton. 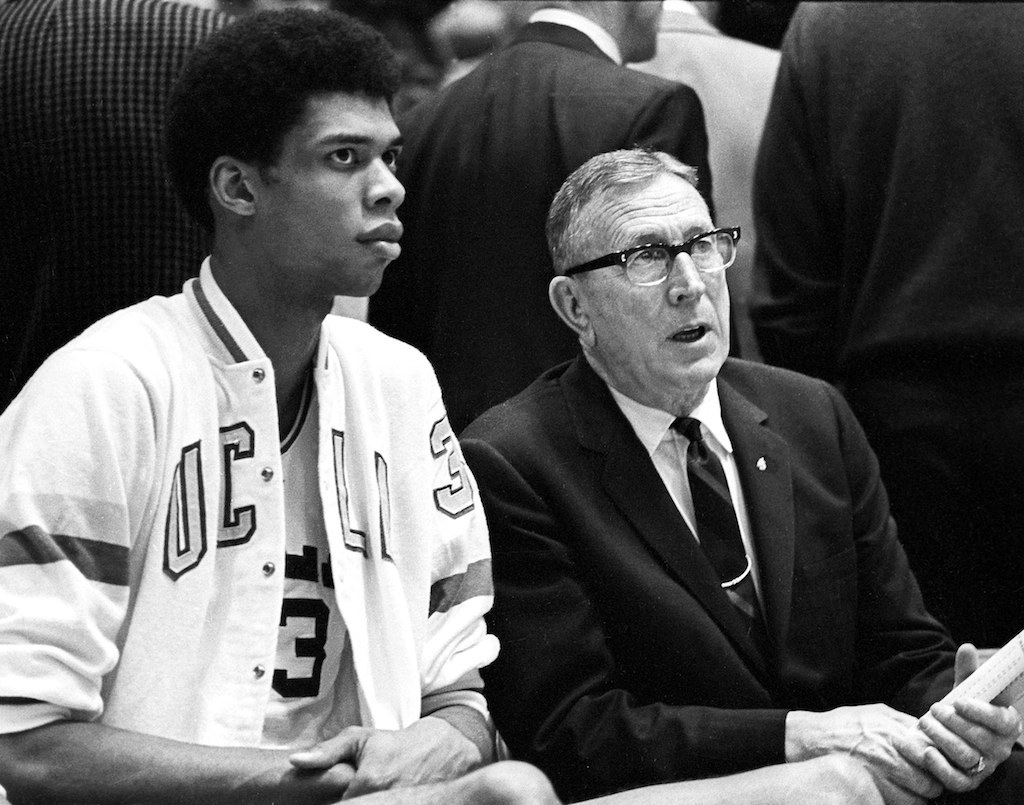 More than that, he excelled as a player in his years at Purdue. He was the first player ever inducted into the Basketball Hall of Fame as both a player and a coach.

Wooden’s whole life could be considered as a lesson. More than his coaching exploits, he is also well known for his Pyramid of Success (more on that in a bit).

In 1948, after leading Indiana State to the NAIB (precursor of the NCAA tournament) championship final, the time had come for Wooden to move on to a bigger program. He had many suitors, including UCLA.

However, the job he really wanted was the University of Minnesota. “I wanted the Minnesota job”, Wooden said. “I wanted to stay in the Big Ten. I was a midwesterner.”

When UCLA pressed him for a decision, Wooden delayed, waiting to hear from Minnesota. He was scheduled to receive a call from Minnesota at 6:00pm on April 17, 1948.

What Wooden did not know is that Minnesota had been belted by a fierce winter storm, knocking out many phone lines and preventing the Minnesota athletic director from calling.

When Wooden did not hear from Minnesota, he accepted the UCLA job and the rest is history.

The lesson here is that there is only so much that you can control in life. Wooden turned a disappointing event into an opportunity.  He made the most of it and is now revered as a coaching legend.

The Pyramid of Success and Financial Planning 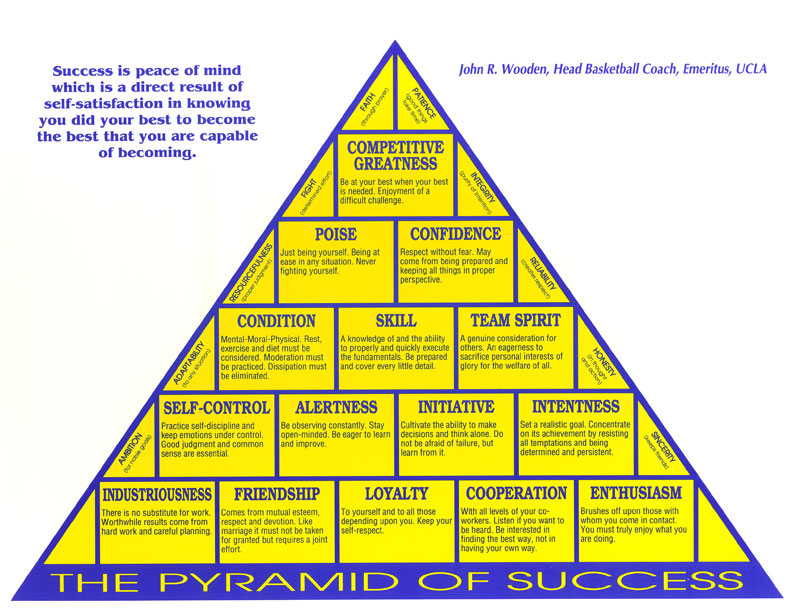 One jumped out to me immediately in light of recent events in the financial world.

Intentness – the ability to resist temptation and stay with your course. Concentrate on your objective and be determined to reach your goal.

The GameStop saga left many people with FOMO and tempted them to perhaps stray from their financial plans in search of some quick gains.

(If you missed it, Matt, Simon and Mike do a great job of summarizing the GameStop/Melvin Capital scenario here.)

Last fall, I wrote on this blog about the allure of easy money. In that post, I made a key point that bears remembering.

"Don’t invest because of FOMO. Research potential investments fully and don’t be swayed by the allure of “easy money”."

When scenarios such as GameStop pop up, even the most seasoned investors will be tempted to sway from their plan to chase some "easy money".

While Wooden wasn't directly referring to financial planning, his words on resisting temptation and staying the course should be heeded by all investors.

One such nugget from this book was that the Pittsburgh Pirates offered Wooden their managerial position in the 1960s.

This Pirates team was a few years removed from winning the World Series and featured Hall-of-Famer Roberto Clemente. The general manager of the club happened to be seated next to Wooden at a banquet and offered him the job. Wooden initially thought it a joke, but the GM insisted his offer was genuine.

The nugget here (for non-sports fans) is that the Pittsburgh Pirates are a baseball team and John Wooden is a basketball coach.

Wooden played baseball throughout his youth and was even approached by former big leaguer Donnie Bush to sign a minor league contract before his freshman year at Purdue.

In the end, Wooden turned down the Pirates and went on to win eight more NCAA titles with the Bruins.

UCLA fans were happy and sports fans were denied the opportunity to see the original Ted Lasso.